You are here: Home / Uncategorized / Spooning Around

Looked in on the European Woodworking Show at Cressing Temple yesterday.  Didn’t stay long as it was so hot and we had to leave Jed in the van.  I demo’d at this show last year and was told that someone else would be doing it this year ‘to give the show a different look’ – the only different thing I could see about it was that I wasn’t there!  (Don’t think I’ll neeed to go again.)

The real reason we went was to pick up a spoon hook from my friend Nic Westermann. 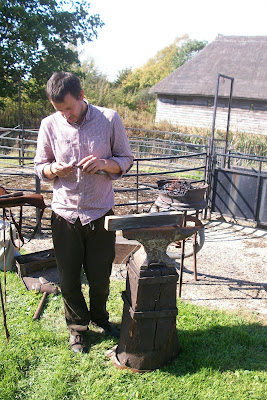 In my opinion Nic is making some of the best spoon hooks around at the moment.  They are laminated steel and take and hold a lovely edge and his curves are very nice – not the usual generic spoon hook shape. 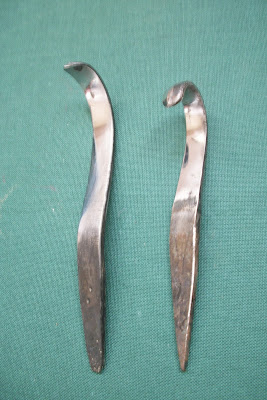 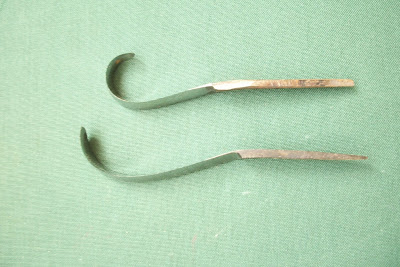 I helped him with some R&D earlier in the year and he gave me the smaller hook, the larger one is a ‘finishing knife’ although he has started referring to it as ‘the Fawcett hook’ and is really great for those final cuts in the bowl of a dry spoon.  He showed me one back in July and I’d been hankering after one ever since.

On Thursday John Abel came over with a twca cam he’d made by inserting a Svante Djarv blade into an 18” long handle. 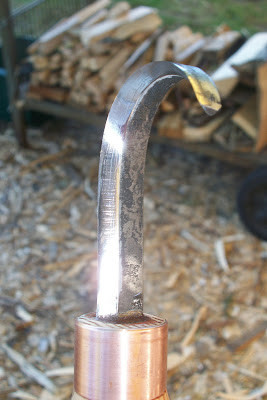 It worked quite well although with the end of the handle in the groin rather than under the armpit as suggested in some of the old books. 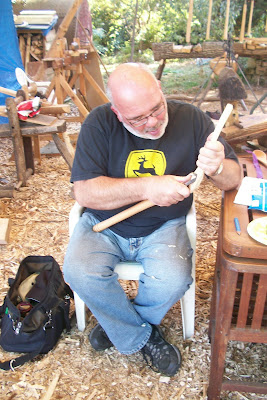 While testing Nick’s blades I also decided to do some research into different handle shapes and sizes. 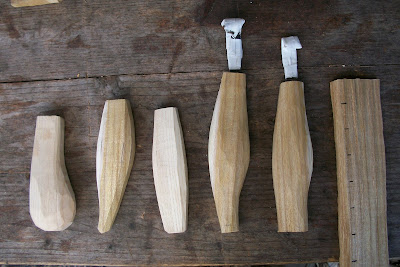 Ultimately the best one (for me) was the one on the right where I took a lump of wood and kept carving it until it felt good in my hand.  It’s not far off Duncan or FYGT’s (2nd from right).  The pistol grip at left was surprisingly comfortable and the middle one is just a beefed up version of the Orford/Djarv/Frost handle which doesn’t get lost in my hand.