Not much time for blogging or sitting in front of a laptop lately – too busy.

This piece was brought to show me at a show we did at Letchworth last weekend by a guy named Dick. 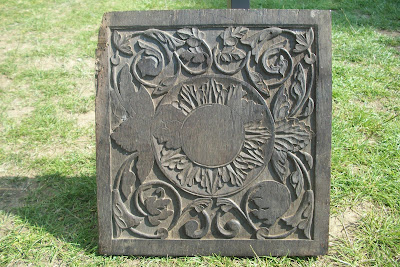 It was carved from Oak in 1835 at the end of a City & Guilds apprenticeship and apparently awarded top marks.  Dick didn’t know the name of the carver but also has his Lignum Vitae carving mallet which weighed more than both my clubs put together.