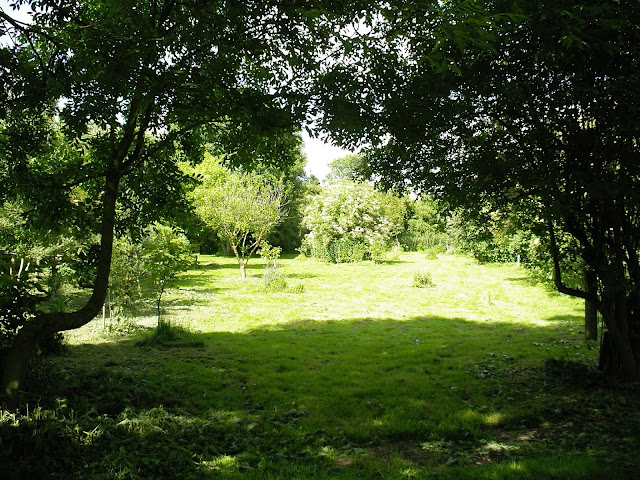 Ness had been reading lots of posts on Axe Junkies, a group on fb purely about axes & adzes, and was getting worked up about the handle issue.  I prefer Ash.  Americans use Hickory – don’t think they have much Ash.  She showed me the various discussions, mostly concerned with twisted grain, grain alignment and all sorts of things that neither of us could fathom out at all. 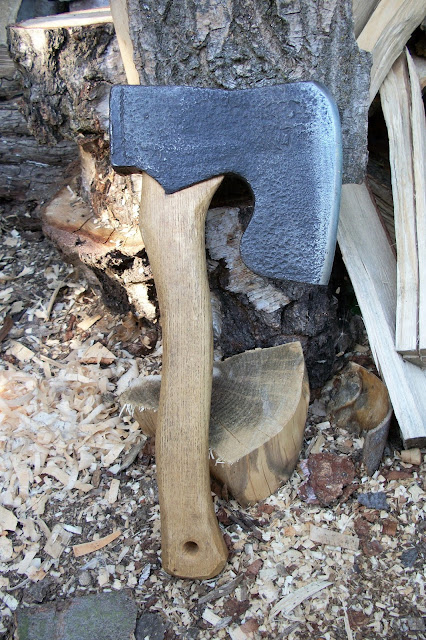 Here in England many folks make their own using green timber but from all those discussions on AJs I realised for the first time that most Americans want to buy their handles in.  Ness got a bit of a telling off when she suggested that instead of moaning about all the issues, which she thought were totally irrelevant, considering they were paying peanuts – why didn’t they make their own? 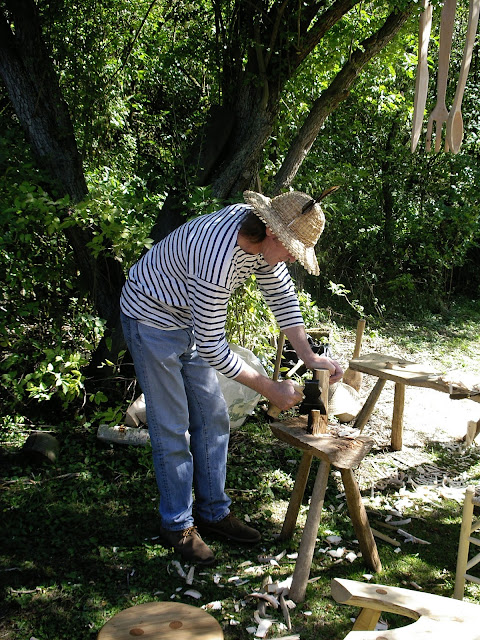 She was told that there was no hardwood in many areas or the wood available was not straight, those seem to be the main problems and the nitty gritty of the matter.  We spent a while looking through loads of boxes of axes but to save space and keep them all stored conveniently in old  wooden wine boxes we’ve removed any handle that were broken, too wormy to be safe or just worn out.  Nearly all the ones I use have all had new handles fitted by us in different thicknesses and lengths to suit either the tool or hand sizes from children’s to a large bloke’s mitt. 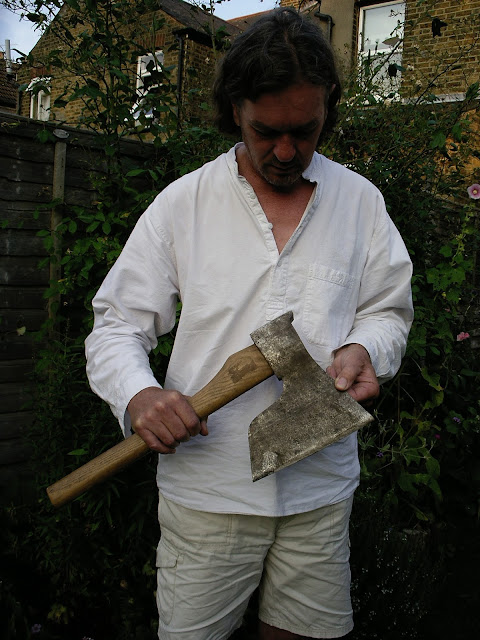 We’ve found that whilst buying old axes in East Anglia they often have Willow or Poplar handles.  You may well say that’s a stupid wood for a tool, specially an axe, but I’ve notice that there aren’t a lot of big Ash trees available for cutting down around Ely.  Folks have used whatever is available to them since time immemorial and why not.  You need an axe handle, there are loads of willows at the end of your patch – surely you’d use some of that rather than travelling 30 or however many miles it is to say Halstead in Essex where the nearest available Ash is for sale.  We also talked about the strength of Willow – after all cricket bats are made from it.  You can see what a lovely spring it has, balls are hit mighty distances, they can last for years if looked after and everyone in England recognises that wonderful sound of ‘leather on willow’! I’ve used Poplar for many things including an axe handle.  We were doing a workshop in a Poplar plantation in North Essex and a student used an axe as a lever for something or other, the handle snapped.  A perfectly good replacement was quickly made from some seasoned stacked poplar and a serviceable wedge from the broken handle.

Many of the Bill Hooks I’ve had pass through my hands have handles made simply from a hedgerow  rod of Blackthorn or Hazel.  The purists will tell you that Ash is the only suitable timber but when it comes down to it you use what is readily available to hand.

We then went on and chewed the cud about blacksmithing and forging and the eyes in the axe heads.  So after sorting out your timber for the handle does it really matter that the Smith you’ve pressured into making a blade for you has somehow got the eye a bit skew-wiff – no it doesn’t – you just shave your handle to compensate.  Yes it does take time but after all tools are important so it’s always time well spent offering up the shaft and fiddling with the fit – do it well and it’ll last you forever or until some ninny uses it for a job it’s not intended for…