You are here: Home / Uncategorized / Caning For Pleasure and a Profession

The Classic Side Chair 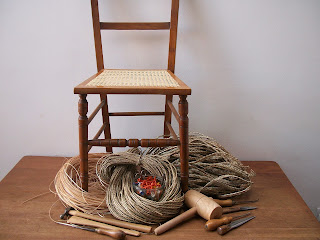 So many folks have one or more of these in their bedrooms or bathrooms, usually to put clothes or towels on and many of them pass through my hands to be restored and put back into service.  This particular one came from Copped Hall in Epping and ended up in my wife’s possession via a great Aunt Alice.  The most frequently cited reason for them having to be repaired is either that cats have been tensing their claws on them or, which in my opinion is a heinous crime, they’ve been used as a makeshift step ladder to get into the airing cupboard or top of the wardrobe.  In fact this latter reason is why I seem to see the same chair more than once.  How do you expect a dainty little thing like this to take the weight of a 23stone gentleman – the mind boggles… 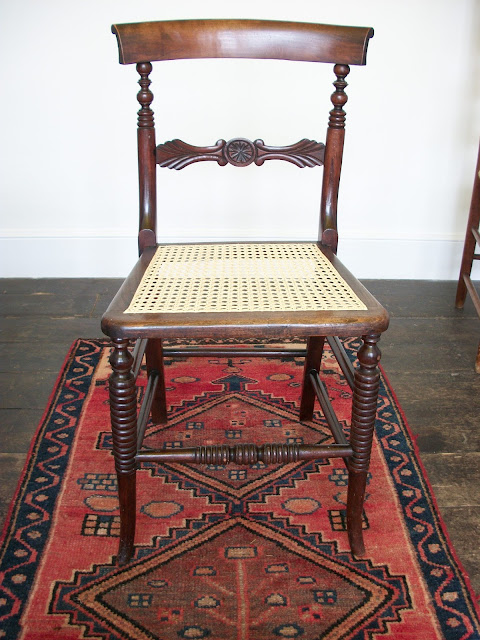 This had some of the prettiest leg and stretcher turnings I’ve seen in a long while.  A very satisfying piece of furniture to work on and fairly robust.  Interestingly when I had a feel it was obvious that the parts had been made from greenwood, beech and felt noticably oval.

Now in Fashion the Vintage Style 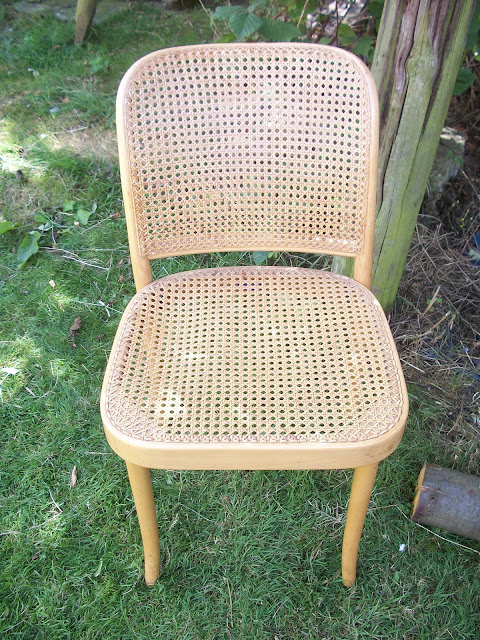 I had three of this particular chair to re do the seats and one back.  the clients had origional purchased them from Ambrose Heal in the 1960s and had been going to discard them in favour of something more modern!  On visiting innumerable retailers of repute they decided that their original choice was far superior in terms of comfort.  Lingering over a glass of Bordeaux followed by some Port and cheese just wouldn’t be the same if you couldn’t sit with ease and as the Lady of the House said, “What on earth is the point in spending good money on something that’s going to give you a numb bum”…
Chair Caning & Seat Weaving